PROJECTS, as told by those who have experienced them. 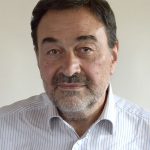 “The experience we have in the field has made us sensitive about these innovative subjects: the analysis of large amounts of data that comes from social networks and archives, called Big Data. Hence the design of the Social Model Date integrated within our Amalthea system (removable). An intelligent, advanced system that speaks the same language of the technology world, capable of self-learning and directing attention towards unusual situations and suspicious behavior. ”

“Our commitment to training: simplify it.”

Roll Out is our training program designed for insurance companies that is extremely useful in cases when new systems are released. In one specific case concerning our training agencies in was structured in two phases, the training of managers followed by the training given to the various agencies. Simplified effectiveness. 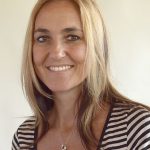 “A success that will last.”.

A project that makes us very proud. We have been called upon by HP as consultants for Northern Italy. HP, our partners, have acquired Generali (who unified several companies, such as Toro, Augusta, Alleanza). Our company was selected out of 300 possible candidates, we were evaluated and selected until we had 23 people in total, all with considerable experience, given the delicate nature of the role. The candidates were trained for months and are now operating in the Italian territory, giving support to the various agencies of Generali. This was a complete success, as well as the customer satisfaction.

We were called upon by Novit Assicurazioni before they had the authorization to issue policies and we bet together on this project. A project that consumed us day and night building the platform, but it was worth it. The platform has been a great satisfaction. As soon as they were authorized, Novit issued within 3 days the first policy. Subsequently, the collaboration has continued for months and the second step involved back office products. This means that we do whatever it takes to be there for our clients.

A big bet and we won. We kicked it into high gear with tight deadlines for the issuance of insurance policies. The people who worked there have grown a lot, both from a technical and functional point of view. Every step of the way, from the very beginning we had the opportunity to witness the birth of a new reality from nothing to a completed result.

“The first customer is never forgotten.”

Our first customer as Audacia, was Carige Assicurazioni. Together we faced the currency exchange and the Automobile Division. It was a project that involved 6-10 people, based on the various moments of engagement in work groups located in Turin and Milan. We have followed this from start to finish. The final product is still functioning. I say this with great satisfaction.

“An investment for the future.”

It is a project born from Audacia’s own initiative, not commissioned by any specific customer. Considering it a hot topic for the future we met professionals with much experience in the world of security and insurance, working hard with them to produce an engine that would give effective results. We have implemented a tool to facilitate and assist the work of the liquidator, but also a tool for auditing. Giving statistics and control over the network in the hands of the liquidators to the leadership of the company.